I have constructed the Mark III version of  my Chain of Command Tracker, this makes it my 3rd attempt  at trying to improve and streamline the tracker. previous versions see  Mark I and Mark II.

The Mark III is constructed from black perspex and is smaller and more streamline than the previous versions. It has 3 x Chain of Command Dice markers available on the tracker along with enough dice to accommodate 6 dice if needed ( fielding elite troops).

The dials are held down in place with magnets, the smaller dial tracks the number of CoC dice rolled,  once 6 are achieved one of the black markers are turned over to reveal a green CoC Dice ready for the player to use.
The large dial tracks Force Morale but also allows the establishment of the pre-game roll for the Force Morale of the troops fielded (blue writing).

The table in the middle indicates when a Force Morale test is required.
Construction of the panel was done on the computer, printed, laminated, gave it a once over with Dullcote to remove the glare off the plastic laminate and super glued it in place.

Ready for next week end games at Canon 2017.

As a side note, on the completion of  the Mark III, ideas have popped into my head for a new version, so a updated Mark IV may be on the cards in the future. 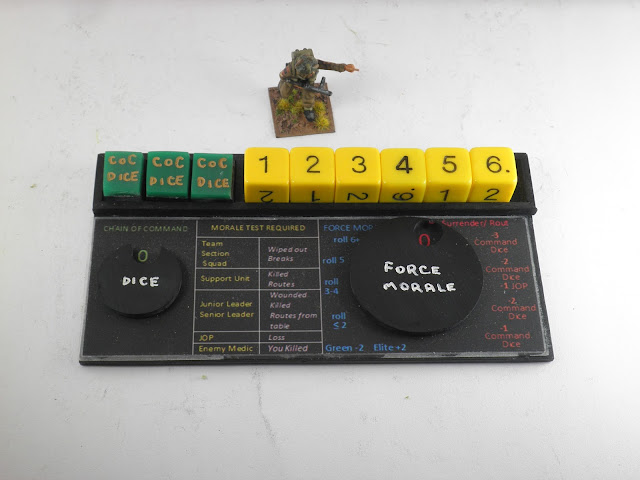 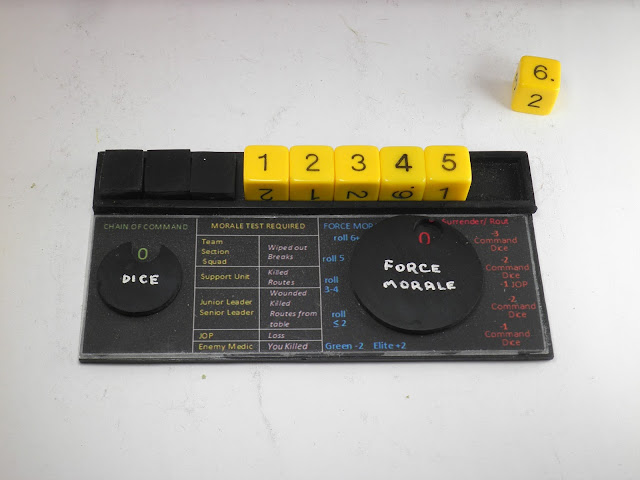 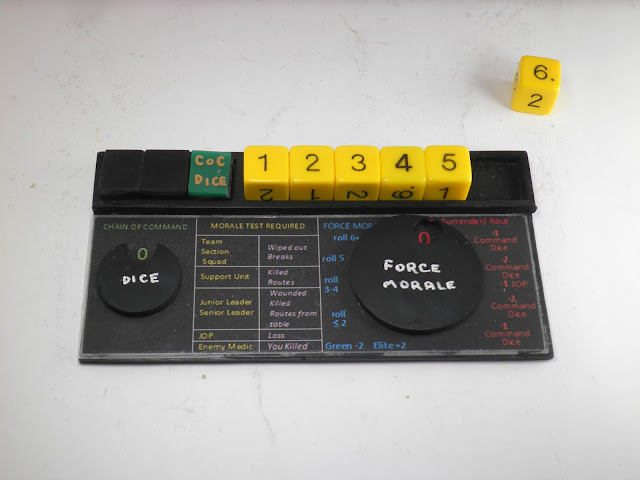