Continuing with more French forces, these are my Canadian Militia. 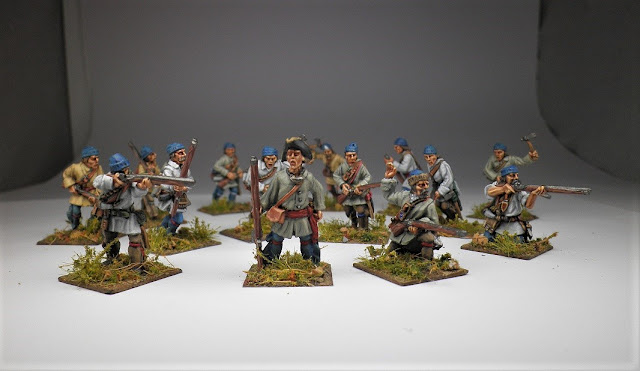 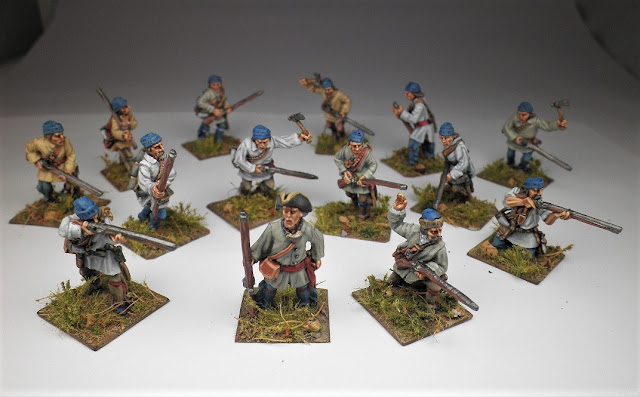 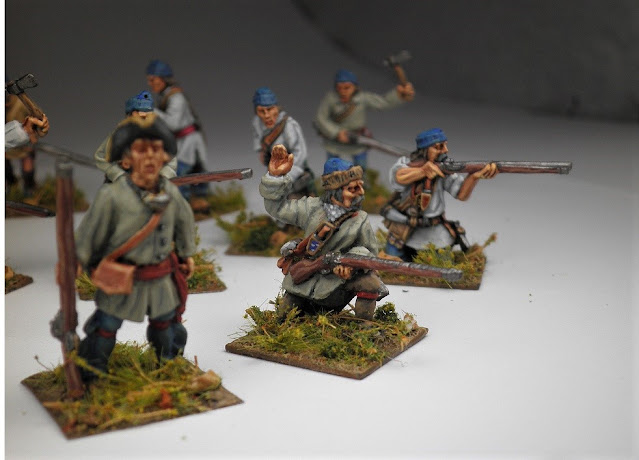 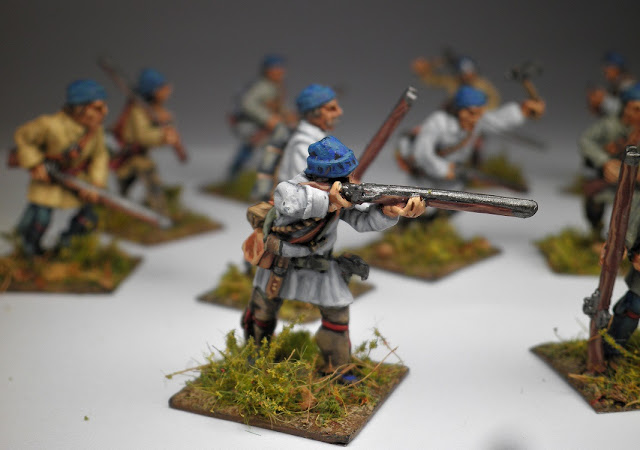 These are actually metal 28 mm Warlord games French Marine figures (Conquest games) which I have modified to convert them into Canadian Militia.
Some of the conversions undertaken were: 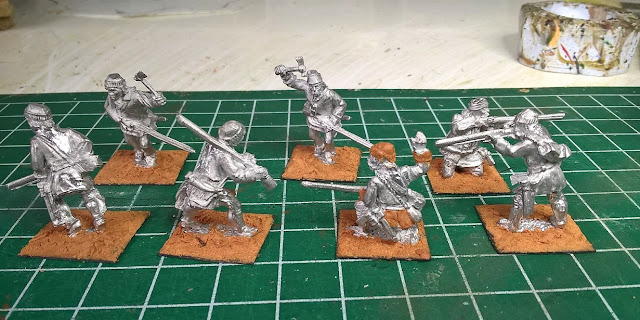 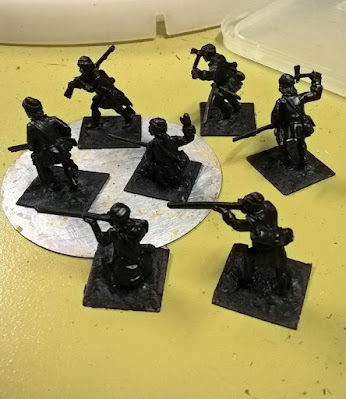 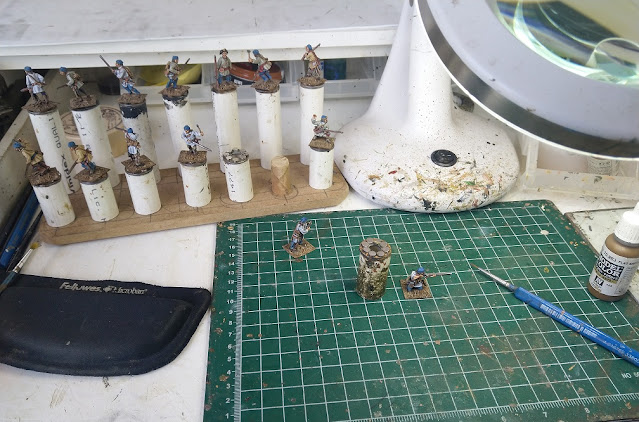 Start of the painting process 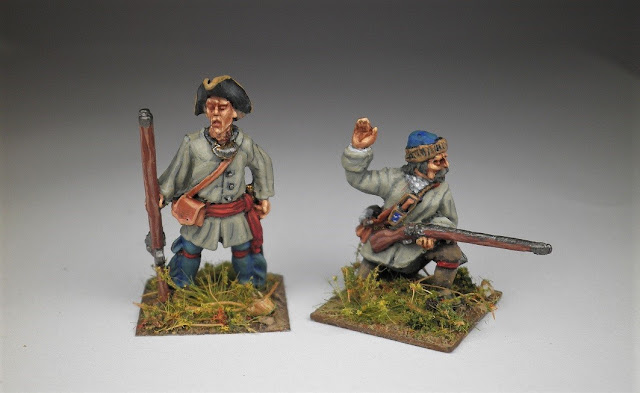 2 Leaders, I conducted a head swap with the figure on the left with one of the other figures in the pack. 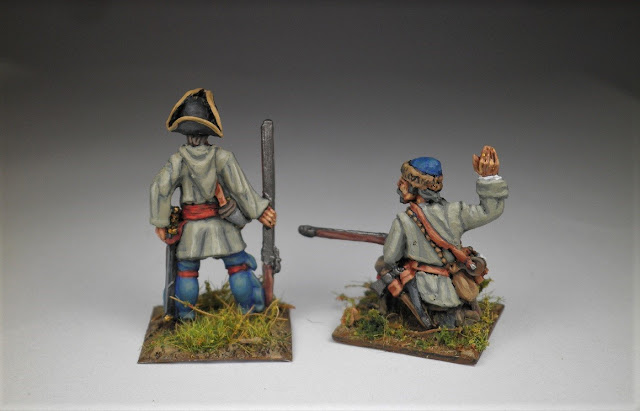 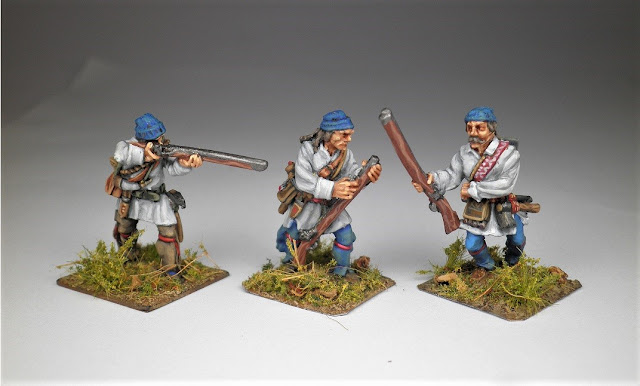 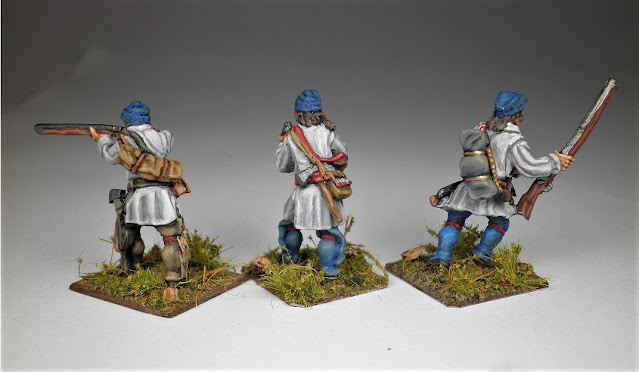 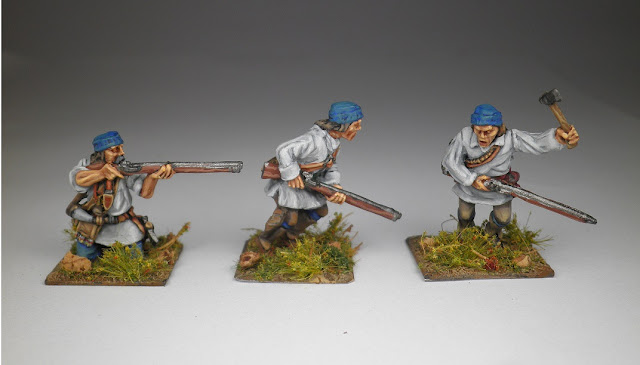 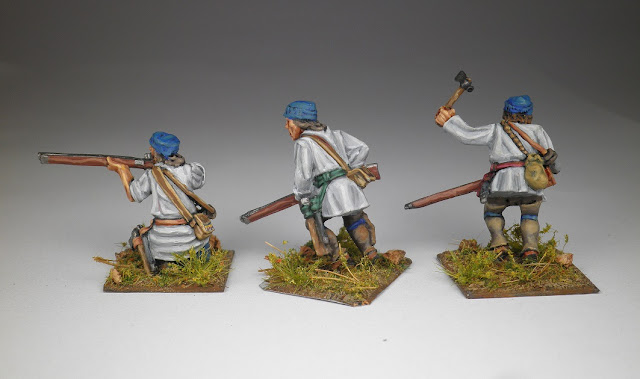 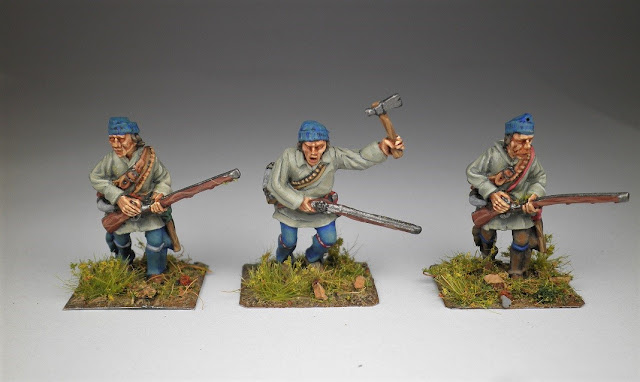 Militia with light green tunics (base colour for the tunic is Vallejo Green Grey). 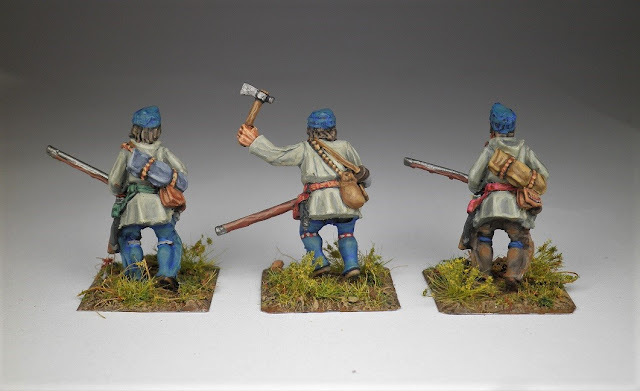 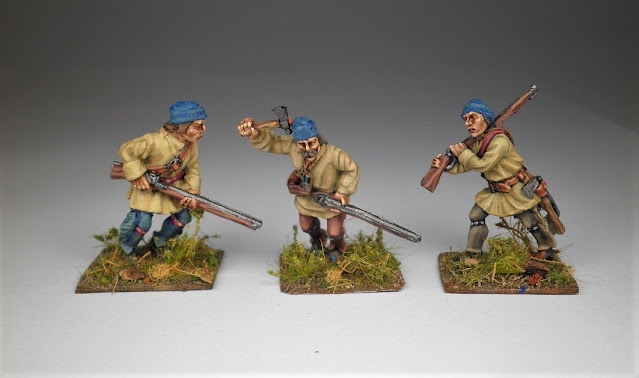 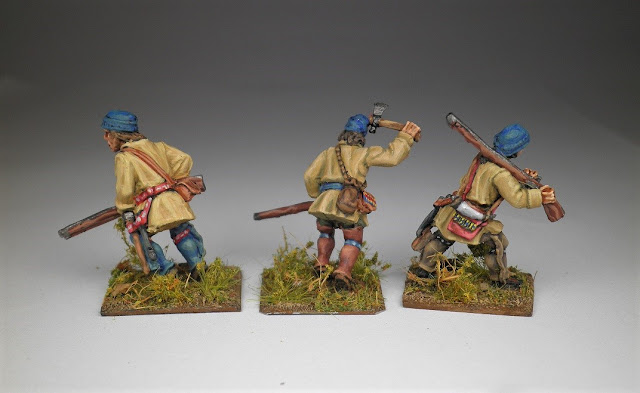 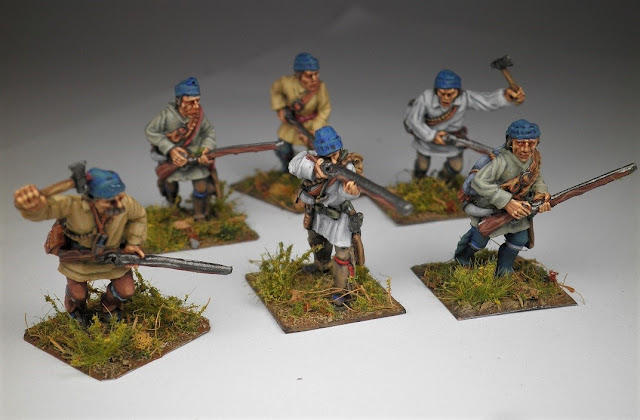 The different coloured tunics and leggings help to designate them as Militia while the same coloured caps helps to link them together as a unit. 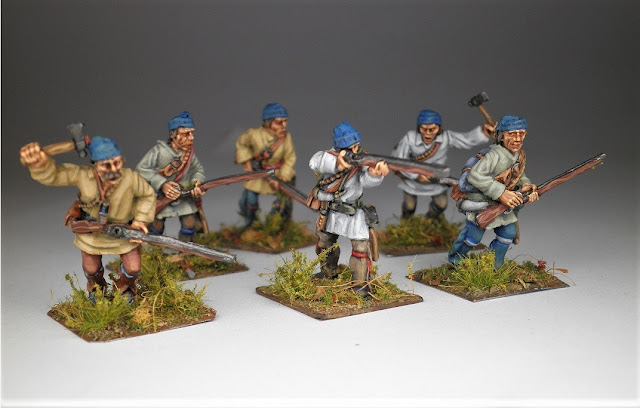 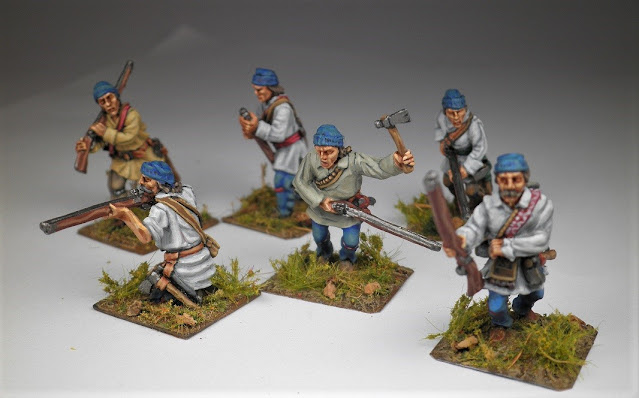 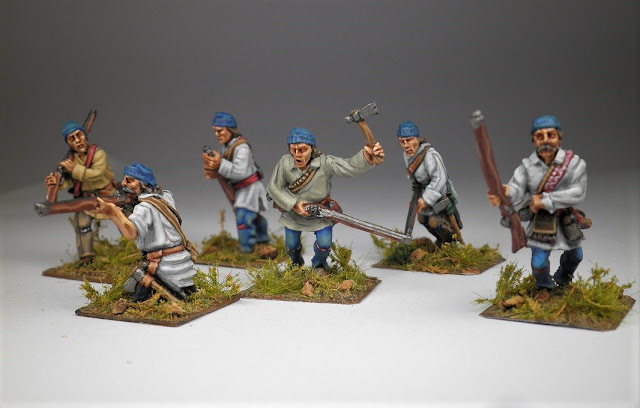