CHAIN OF COMMAND TRACKER IN PRODUCTION

The Mark V version of  my Chain of Command Tracker has gone into production and is ready to be purchased from  WARBASES, follow the link:
https://warbases.co.uk/?product=chain-of-command-dashboard

Martin Murray has done a nice job at replicating the Tracker using MDF. 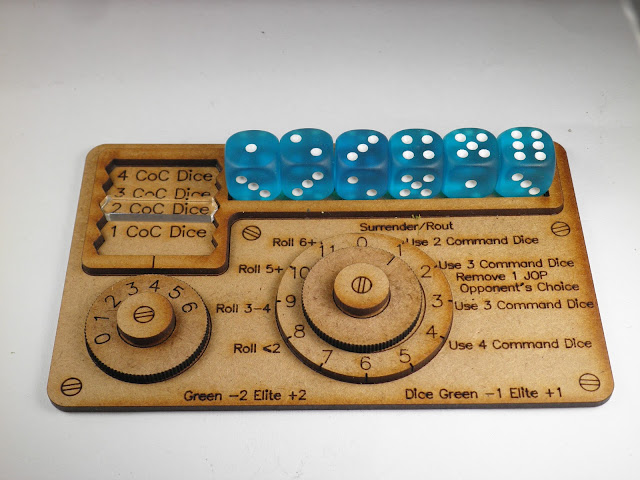 As the majority of Chain of Command games are played with Troops using 5 x D6 Command Dice, the effects of falling Force morale on this Tracker are primarily set to accommodate this. The Tracker does offer modifiers to "effects" so that players may field troops with 6 x D6 or 4 x D6 Command Dice.

Rectangular area  marked "Command Dice" which is obscured by the dice houses up to 6 x 12 mm D6 dice.


Small Dial monitors the Chain of Command points:
Panel on the top left side records the number of Command Dice accumulated. 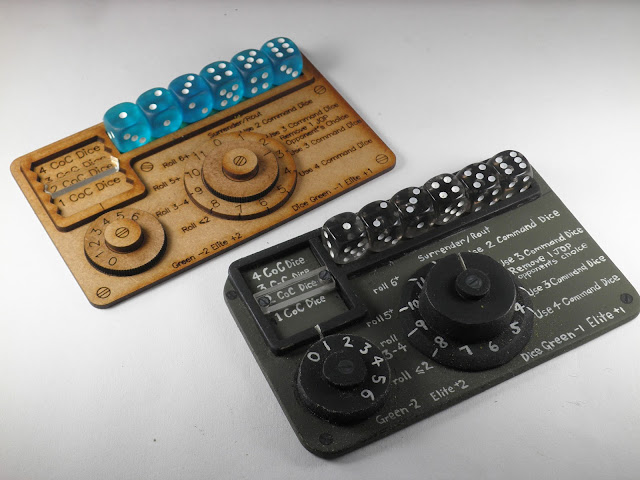