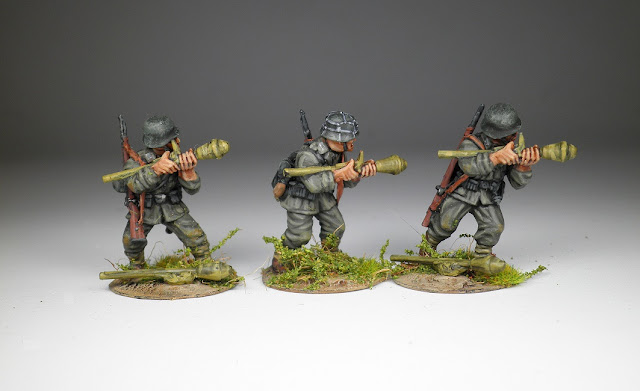 Modelling  figures with a Panzerfaust was a must for me.
While engrossed in gaming, I constantly  forget that I had them at my disposal, as I focused on my Panzerschreck for anti tank work.
These figures are a  mix of Warlord games German Plastic Infantry and Grenadiers  about to fire their Panzerfaust. 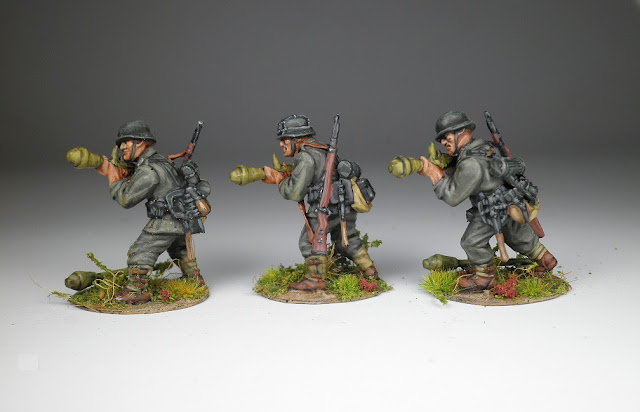 Each figure has a fixed  Panzerfaust in the firing position and one on the base, which can be removed.
This ability serves to indicate how many Panzerfaust are available in the section.
Once all the Panzerfausts have been used, the figure is removed and replaced with a normal rifleman. 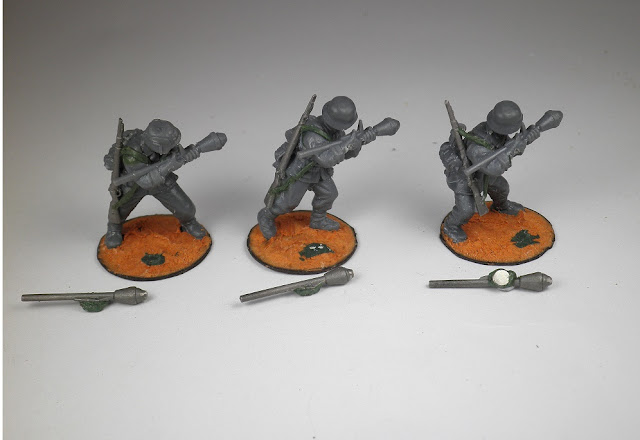 Each figure has a tiny magnet implanted in the base and on the underside of the weapon. Green stuff putty is used to reinforce the magnet on the Panzerfaust .
The rifle straps where added using green stuff putty. 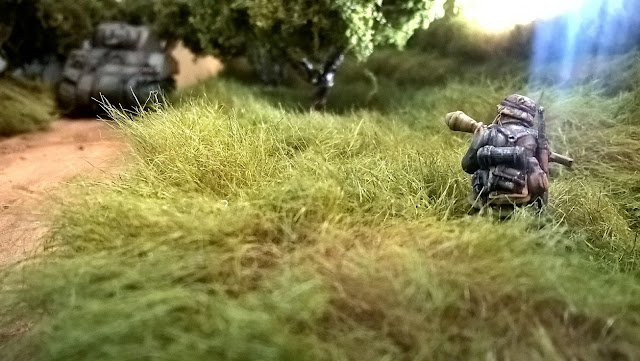 German Grenadier popping up out of the grass to perform a Ambush ,with the sun behind him blinding the tank.

Some Support additions for my Late War German Infantry . 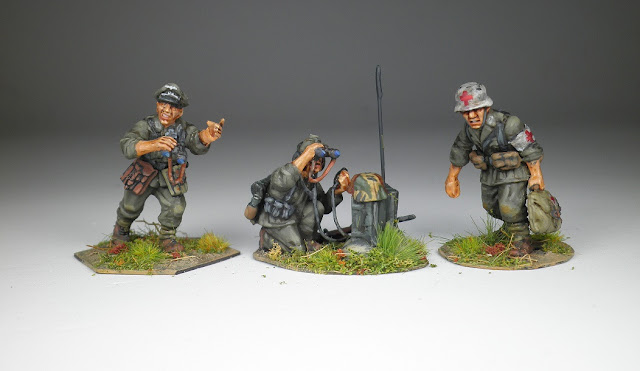 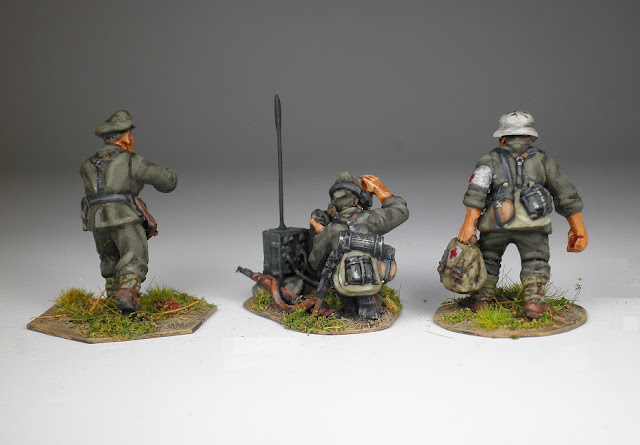 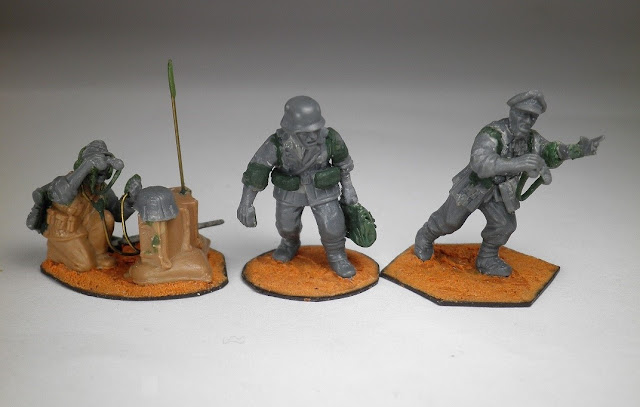 The medic is a warlord games German infantry figure with Green stuff putty used to construct his medic bag,pouches,arm band and fill in a few modifications to his arms. 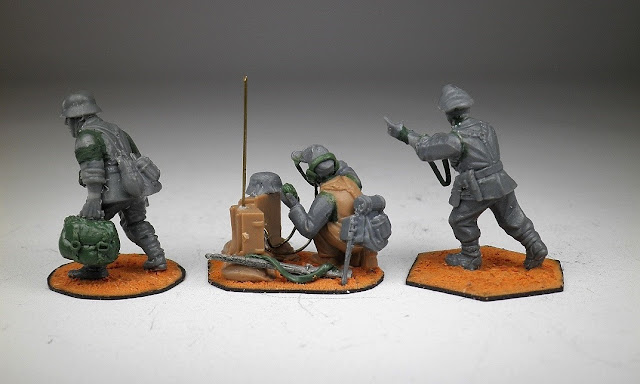 The Forward Observer is a sandwich, between a  Warlord games late war Grenadier and  Perry DAK figures.
Brass wire added  for a Arial and radio cords.
Green stuff putty was used to sculpt the straps on the rifle and head set.

The last figure is a Adjuntant, - I know you don't need to construct one for Chain of Command support but I like to represent him as a figure ,if I decide to purchase one from my Support. I usually place him near my CoC Force morale tracker.