While working on my 28mm French Infantry for FIW , I paused to work on these figures. The first figure is a converted Perry metal miniature, the other 3 figures are free bees from M&T. 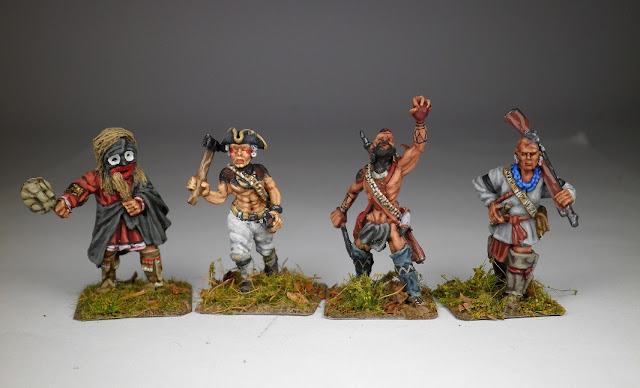 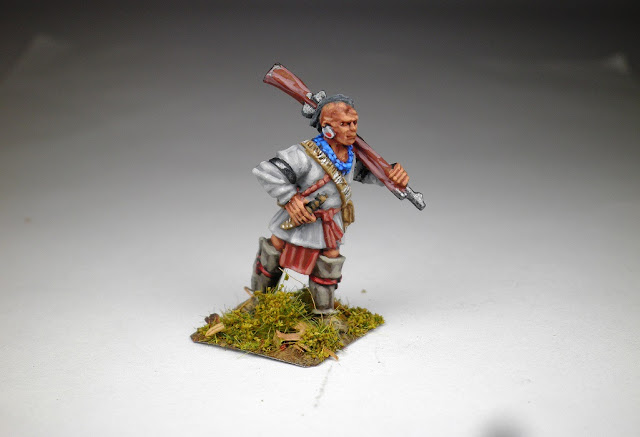 My first attempt at painting a Native American Indian, a nice change from painting WW 2 figures. 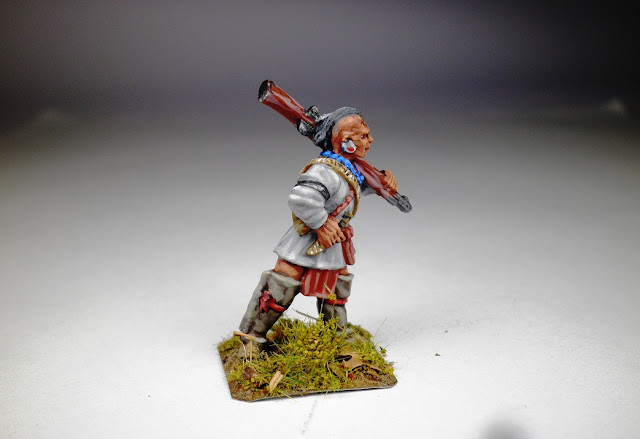 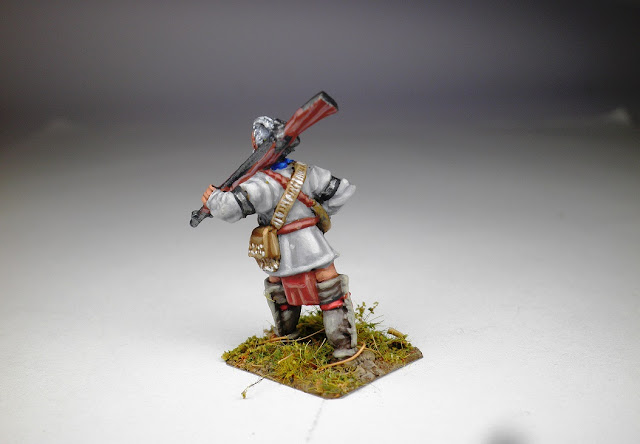 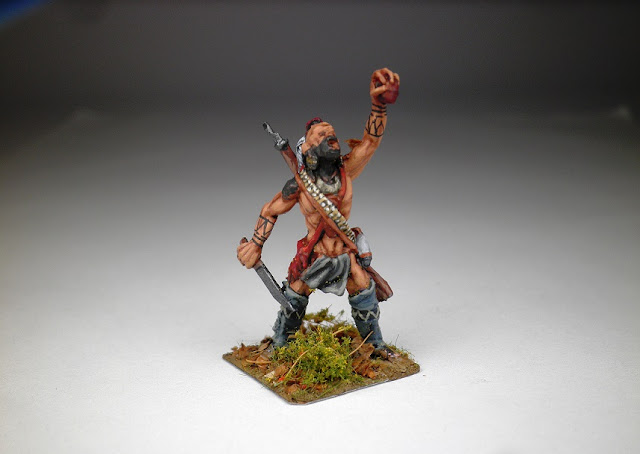 His a bit of a blood thirsty warrior, a nicely sculptured figure. 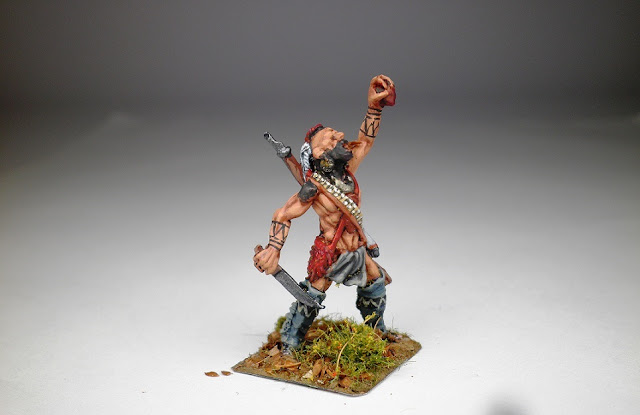 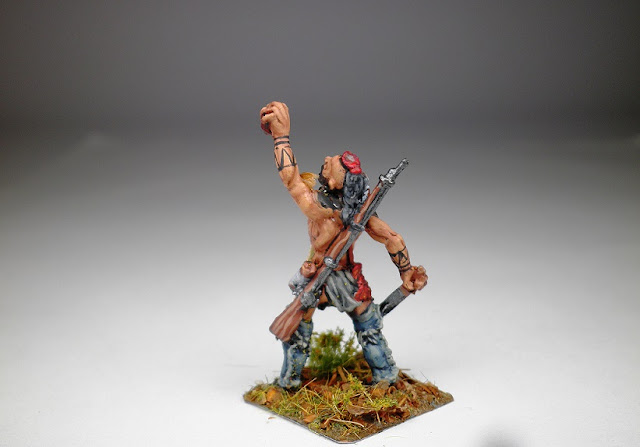 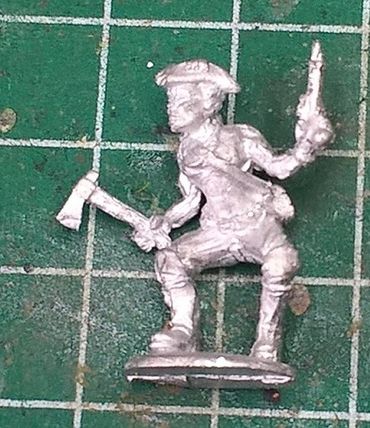 This figure represents a French man, named Daniel Lienard De Beajueu who allowed himself to be painted up with Indian war paint to co-erst his Indian allies to attack the British who where advancing towards the French fort. 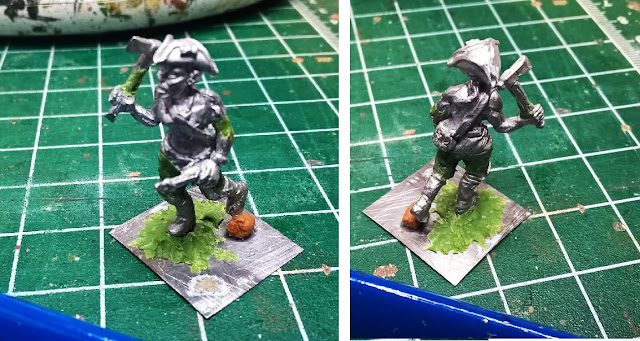 I really did not like this figure and found his stance a bit weird, so instead of throwing him into the reject bin, I decided to send him into surgery cutting legs and limbs and re-positing them to try and make him a bit more presentable. 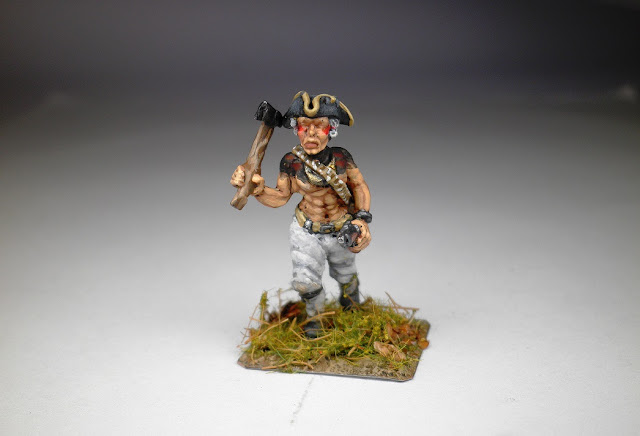 Finished figure with a some Indian warpaint added. 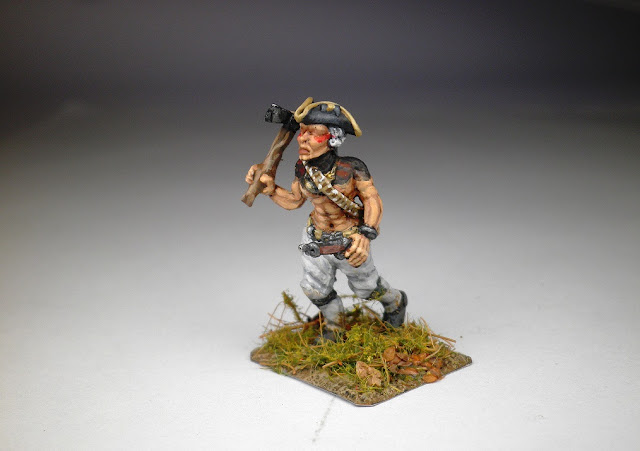 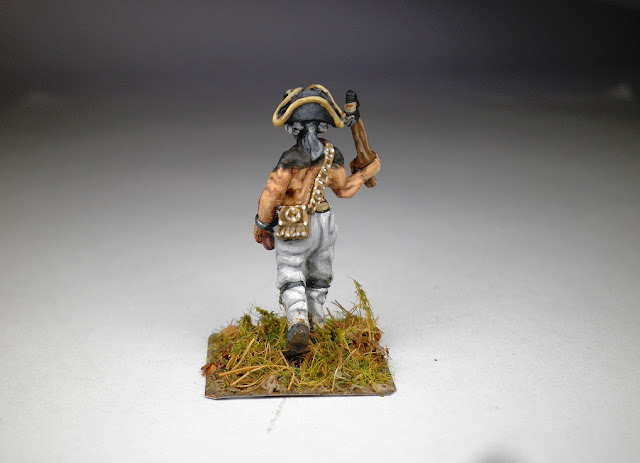 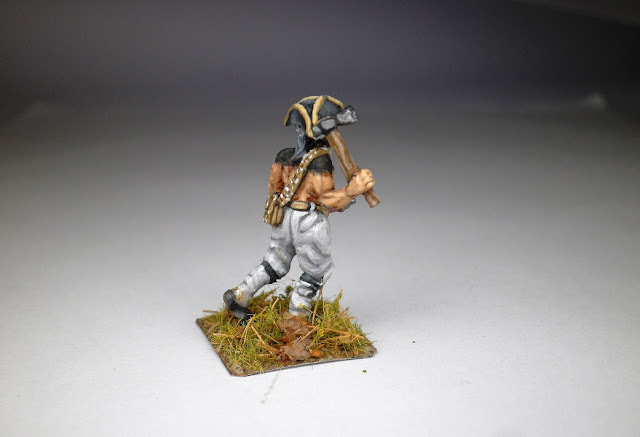 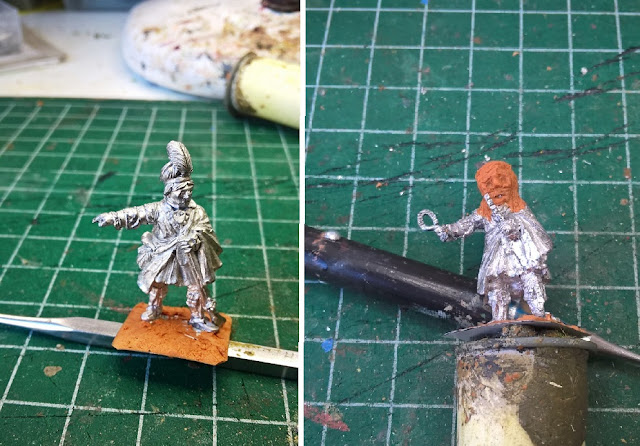 For my American Native Indian force, I  decided to purchased Perry FIW metal miniatures, I really did not have any use for this figure so I decided to convert him into a  Indian Ritualist. 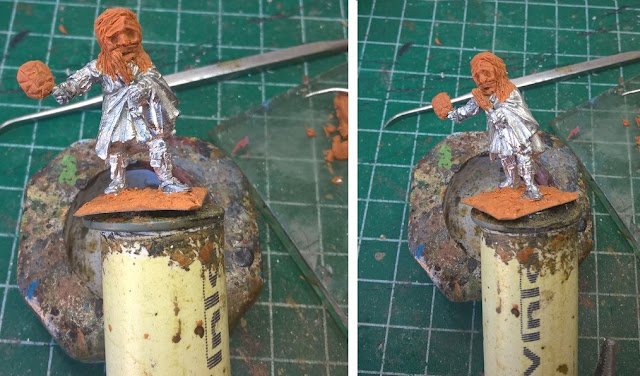 First step, use a hobby knife to remove his musket, feather on-top of his head and his pointed finger. I then used a hobby drill bit to make a hole in both clenched fists and used a trimmed  paper clip into both hands and glued in place with super glue. I then used Milliput to sculpt a face mask,tortoise shell and his mystical wand. 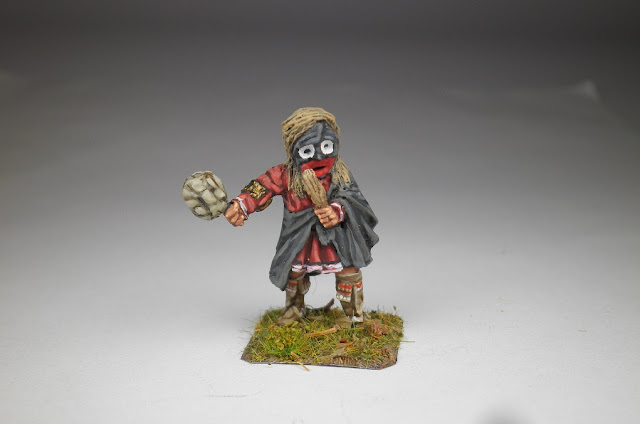 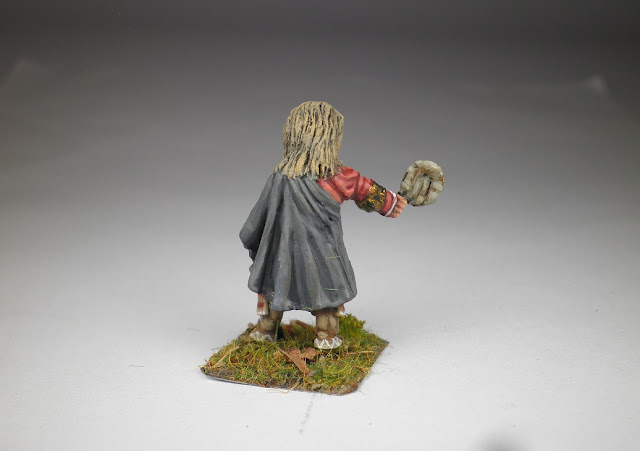 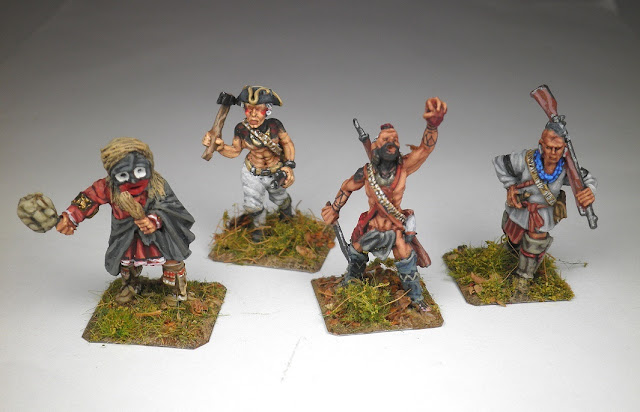 My first post since April, life has been a bit upside down in this current climate, in which we are all adjusting to.
Work wise, I have been redeployed from a Dental Hospital to General Hospital  and undergone re-training .
Gaming has been non existent and the planned  Early war Big Chain of Command event I hoped to host over 2 days at MOAB this year had to be cancel due to the continuing closures of interstate borders and uncertainty of the impact the virus is creating.
On a positive note, I decided to restart a project that's been on the back burner since May 2017, my 28 mm French Indian War project.
I am working on both figures and terrain  simultaneously, here are some Colonial settlers. 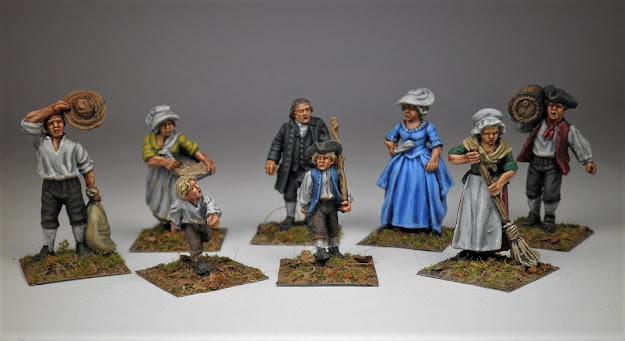 The figures are from Perry miniatures AWI range.
Three of the figures are suppose to be black  Americans (the man holding the sack and the 2 busy woman) but as I wanted to portray frontier settlers I decided to paint  them as white American settlers for this time period in history. 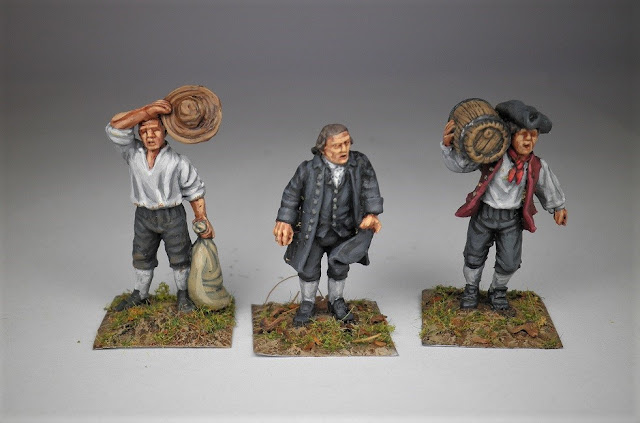 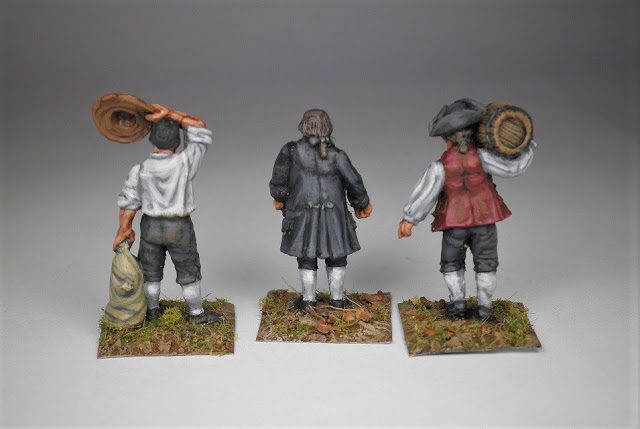 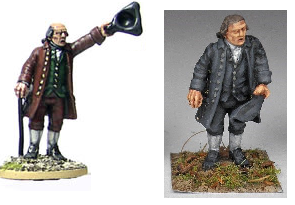 I modified this character by removing his cane and repositioning his arm,my  intention is to  use him as a Doctor or a Preacher of the good news. 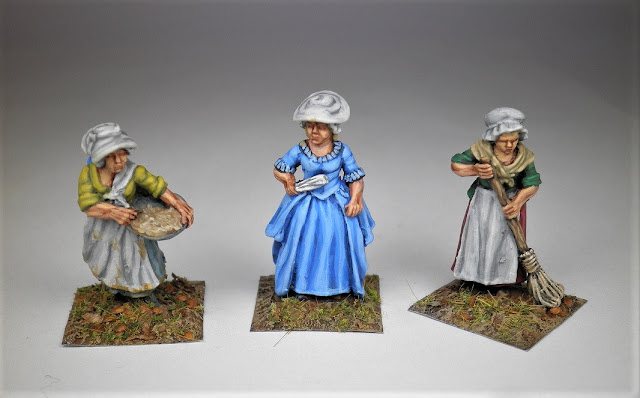 The woman in the center is in her Sunday best, probably on her long trip back to town to attend the Sunday church service, the other woman make for good representations of  woman helping to maintain their frontier  cabins. 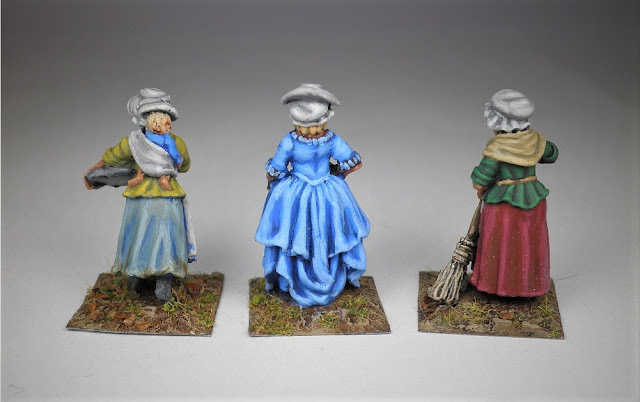 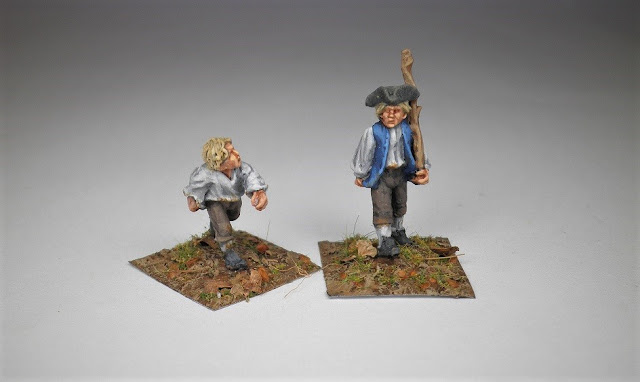 Nice models of two youngsters, all the models are super-glued on a very thin sheets of metal with a thin layer of Milliput applied to the surface to create  texture.
I decided to move away from circular bases and use  square bases for this project. 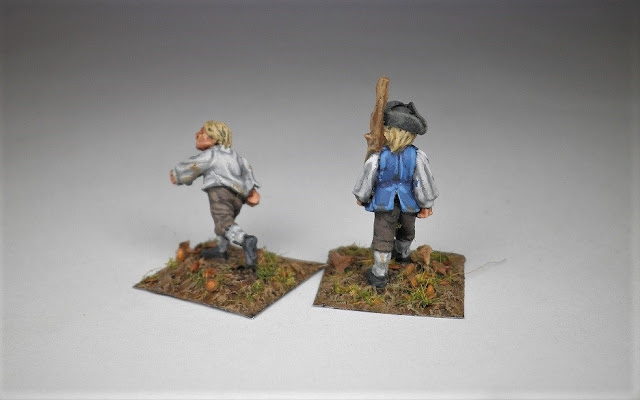 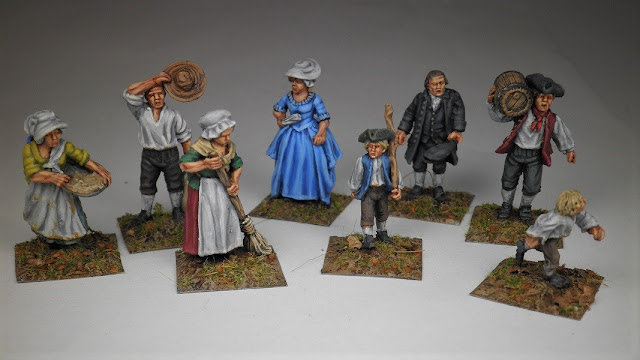 Perry miniatures really do make some nice, well proportioned models and it was a pleasure to paint them.
Cheers John
Posted by JOHNBOND at 04:33 24 comments: