Another addition to my Late war German Support list for Chain of Command, a tripod mounted MG 42 with a crew of 5. The gun is scratched built and the figures have undergone some Plastic surgery. 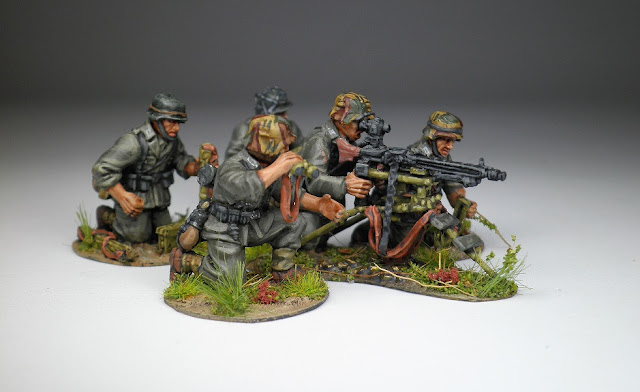 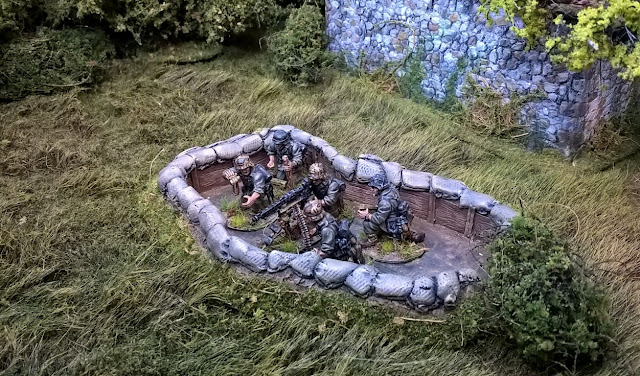 The MMG Team in place to repel any Tommy attack. 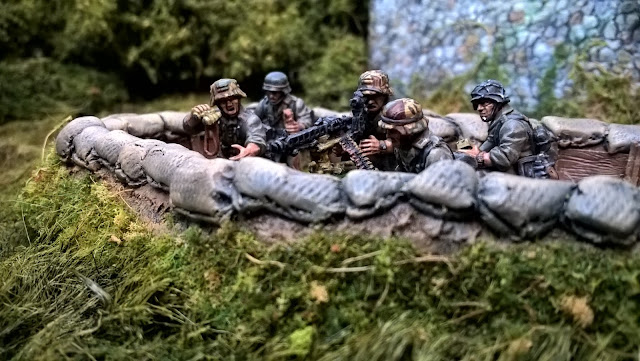 I made the tripod using thin wire bent into shape and secured with a soldering iron. Evergreen plastic and bits from plastic sprues where used to add detail fixtures, I also added the ammo belt with spent bullets..
Green stuff putty was used to add more detail like the straps and padding etc.
The weapon was from warlord games Grenadier Infantry plastic pack . 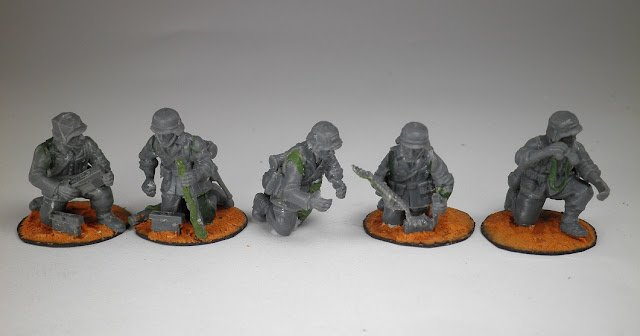 The crew of 5 includes the gunner of the weapon a loader,spotter, two extras attending to the ammo and spare gun barrels based on a magnetic sheet with  Milliput on top. 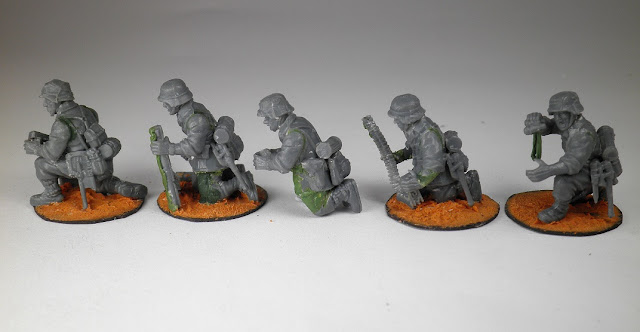 Green stuff putty was used to add some detail such as the straps on the spare barrel and the binoculars and to fill in any  gaps on the figures. 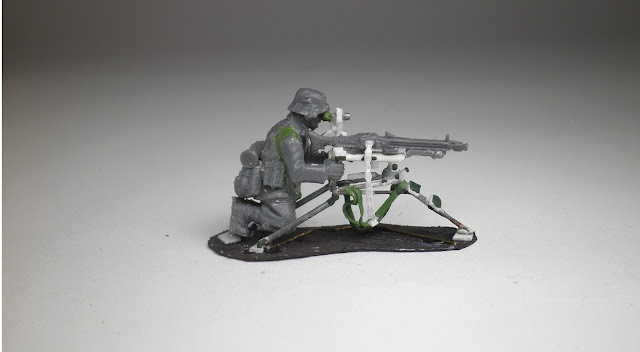 The gunner in the firing position.
A fair bit of trimming to the top of the figures legs were it attaches to the torso was done to get the correct kneeling height so that the head would be lined up with the eye piece.
The arms were trimmed and the inner portions of the hand where hollowed out to achieve a grasping of the weapon with both hands. 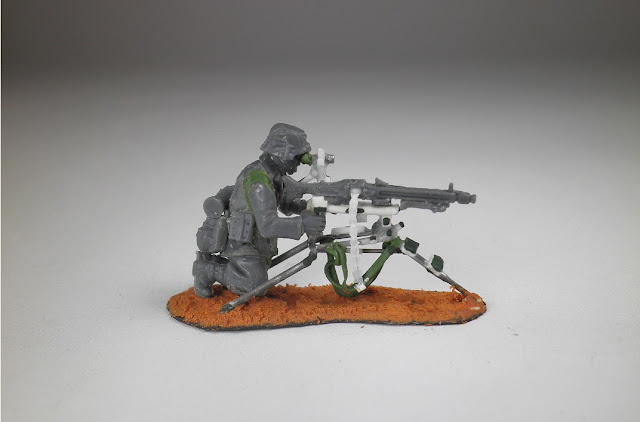 Terracotta Milliput added to the base.
Gunner looking thru his eye piece and attending to the remote trigger. 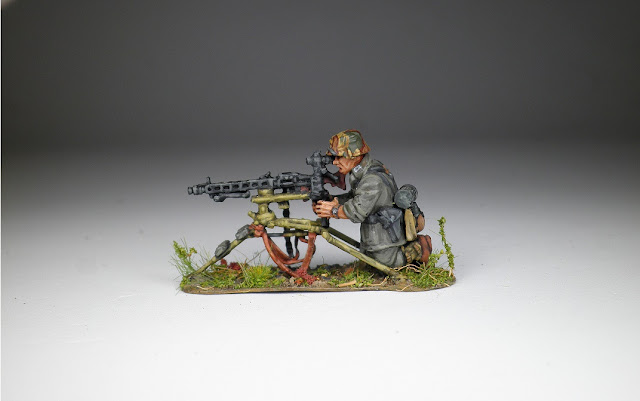 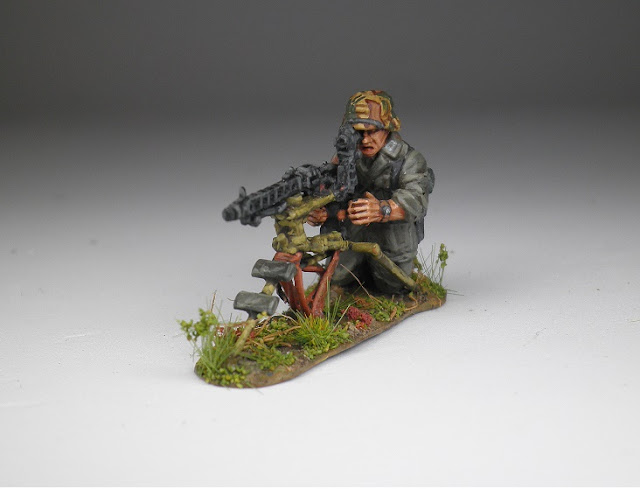 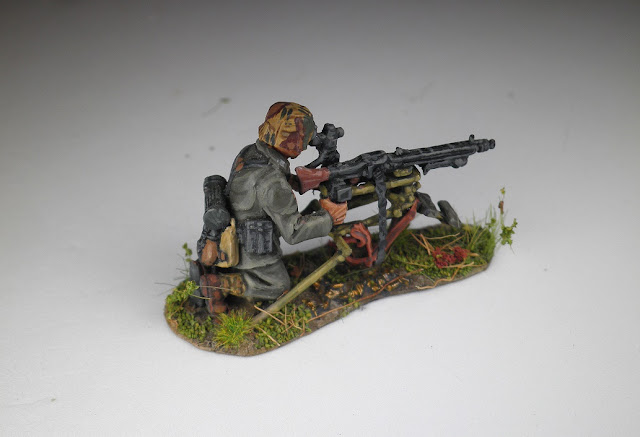 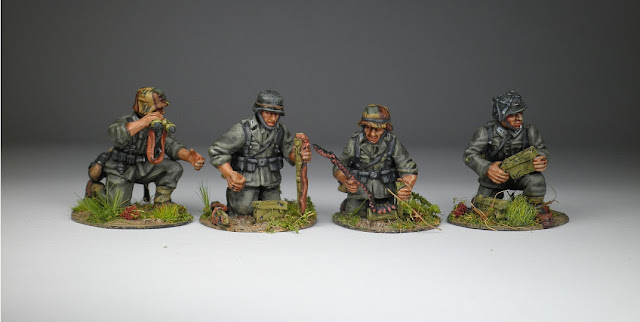 other members of the crew painted and flocked. 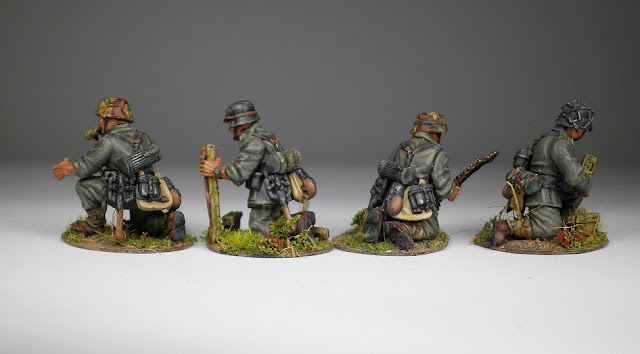 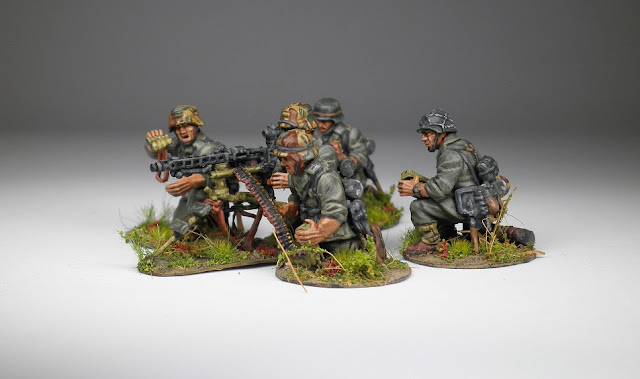 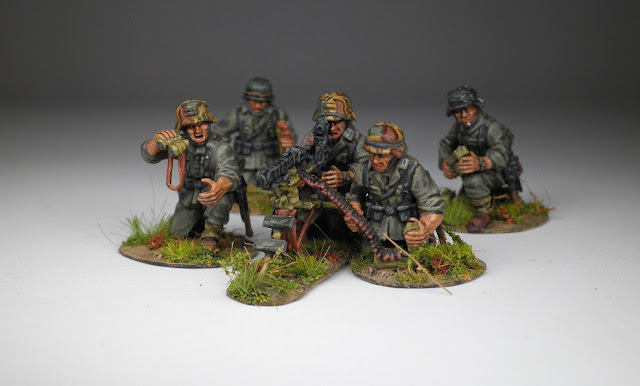 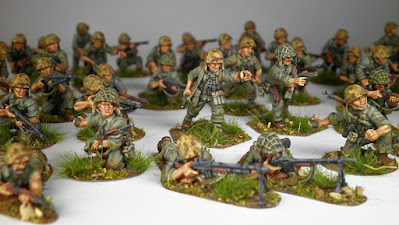 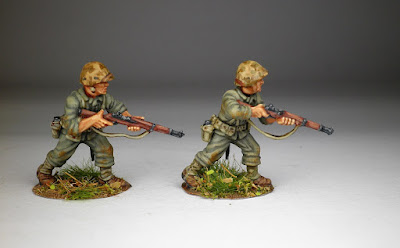