I am currently  working on my Late war German Infantry but in between I managed to paint up the following miniatures.

For those of you who remember the TV series ,"Hogan's Heroes" , fictional characters,Colonel Klink ,Shultz and from the movie "The Longest Day" the real life British Navy Beach Master, Captain Colin Maud.

Adding characters to your force helps set your force apart from other players and adds a bit of interest. these are 3 superbly sculptured 28mm miniatures from Stoessi's  Heroes .
Thomas from Stoessi's Heroes has a large number of 28mm,WW 2 characters and personalities from the USA, Britain,Germany, Russia,Japan and Resistance fighters.

You may notice, that I have not painted Colonial Klink and Shultz in their Luftwaffe colours,  this was done intentionally as I wanted them to  blend in with my Late war German Infantry.
Follow this link for Colonal Klink and Shultz  to see how they should be painted. 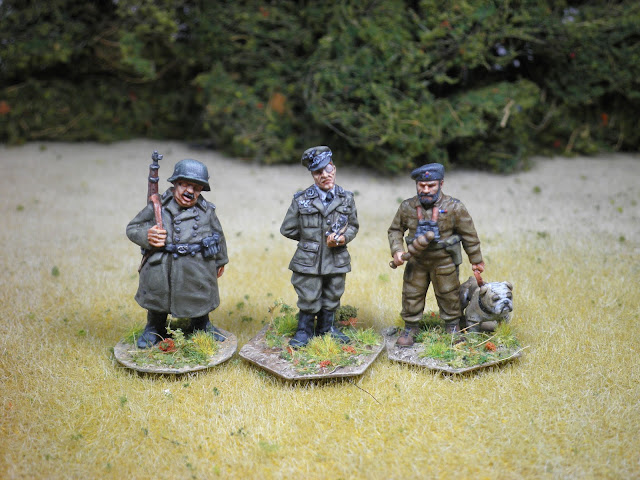 I mounted Shultz on a round base as a standard infantry men, while the Colonel  and Captain Maud are based on a Hexagon bases to indicate they will be used as Senior Leaders (although the Colonel can also be used as a Ranking Leader)  for Chain of Command game. 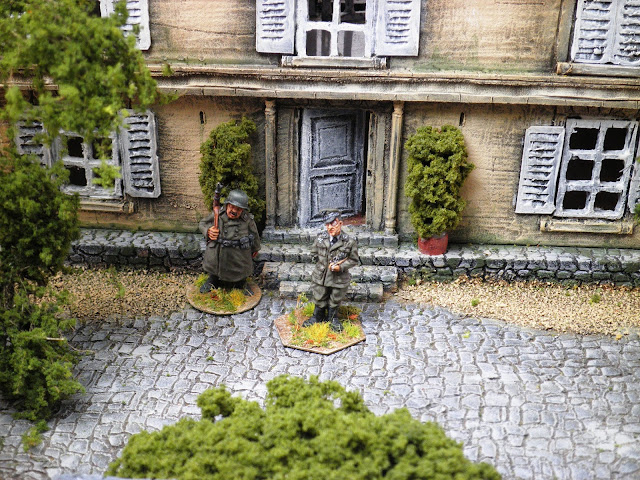 Shultz on guard duty while the Colonel steps outside the Chateau to enjoy  a bit of sunlight. 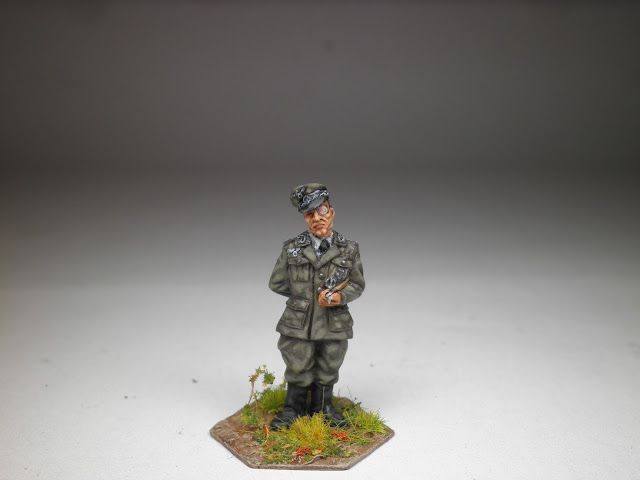 I really enjoyed painting the Colonel 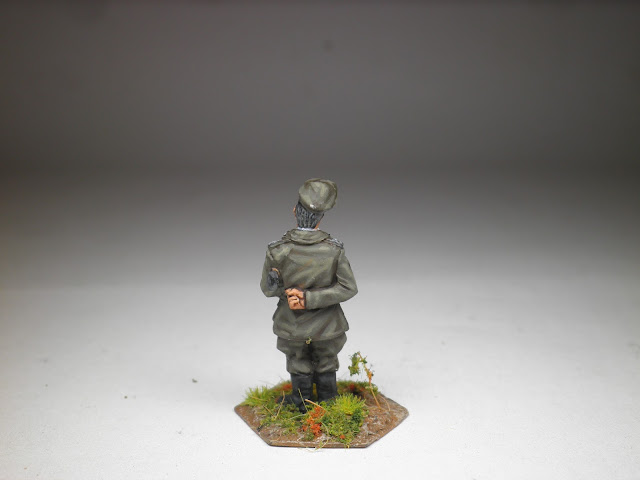 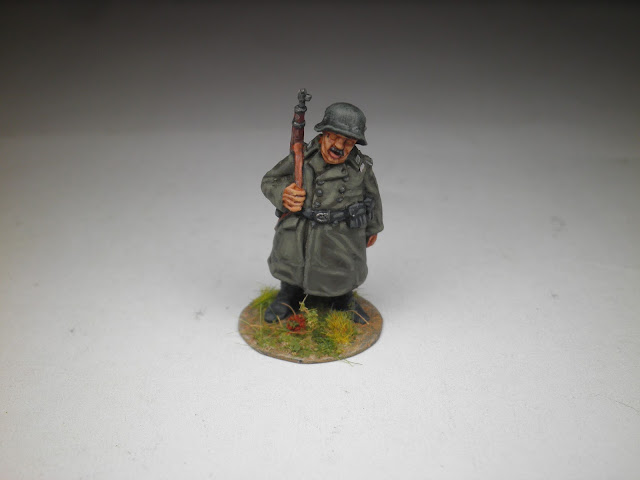 Once again Shultz looks like his taking a snooze on guard duty. 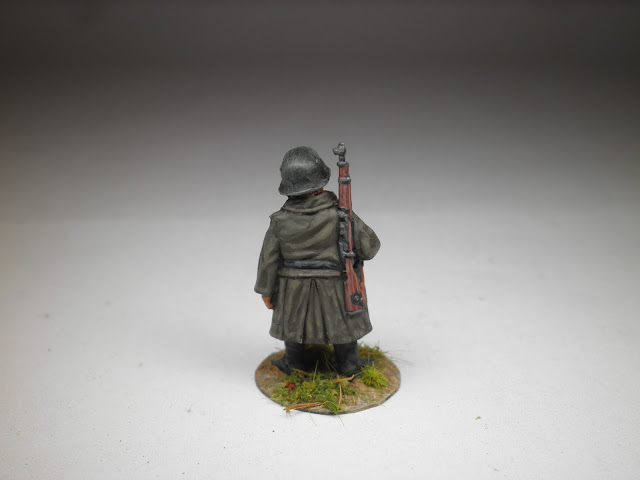 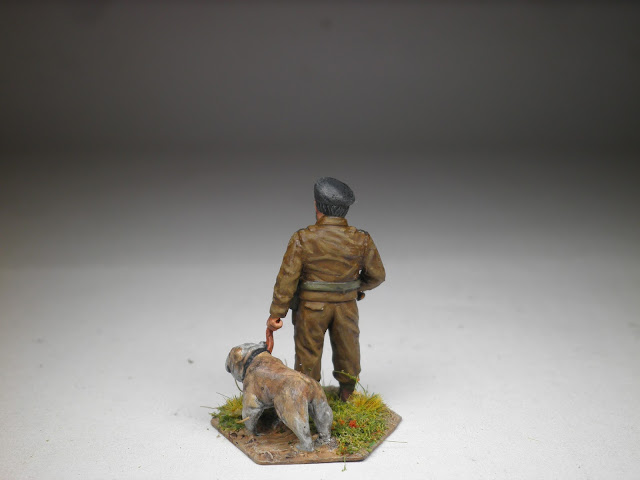 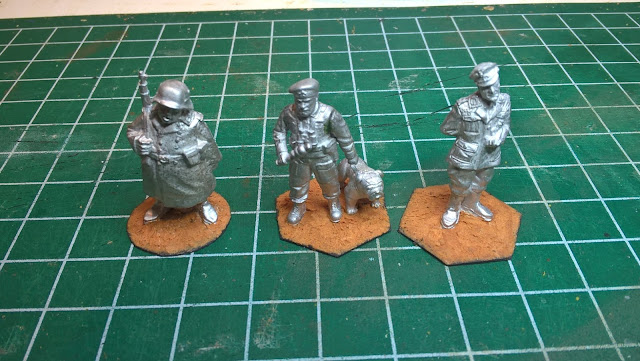 I based the figures by super gluing them  on magnetic rubberized sheets and adding Milliput. 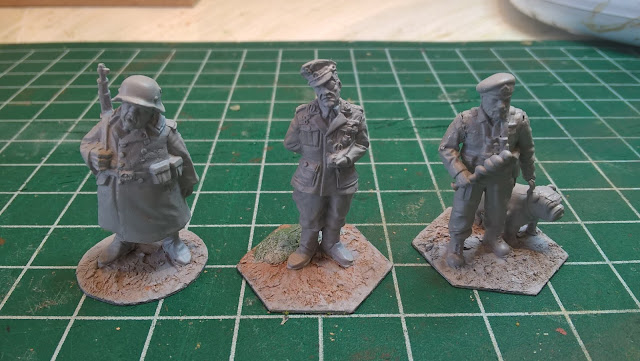 Used grey primer for a change, one advantage is you can see the detail easier, on the downside you have to be diligent when painting the topcoats to avoid small spots of grey left unpainted, using black undercoat is more forgiving. 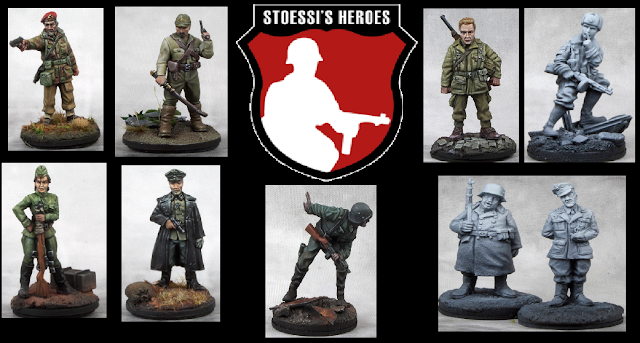