I decided to scratch build my own Panzerschreck , and perform some conversion work on four of my German Grenadiers figures to man the weapon.
I constructed 2 Panzerschreck teams, one that would be embedded in the Infantry Platoon while the other would be a support option on the German Support List. 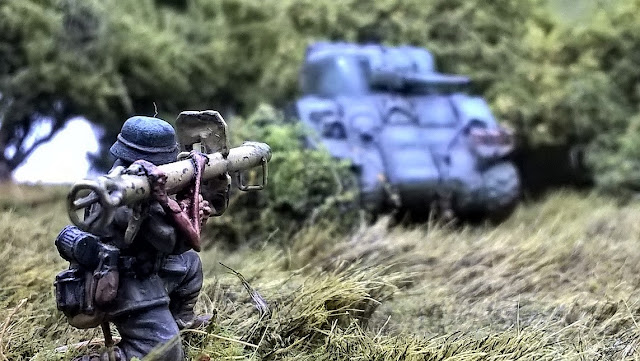 Panzerschreck ready to punch into a unsuspecting Sherman emerging from the woods. 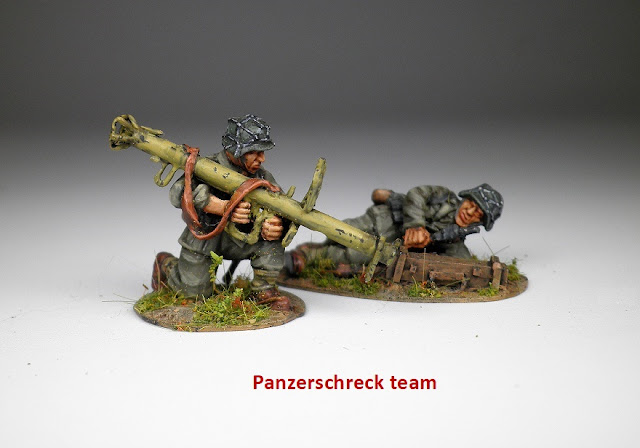 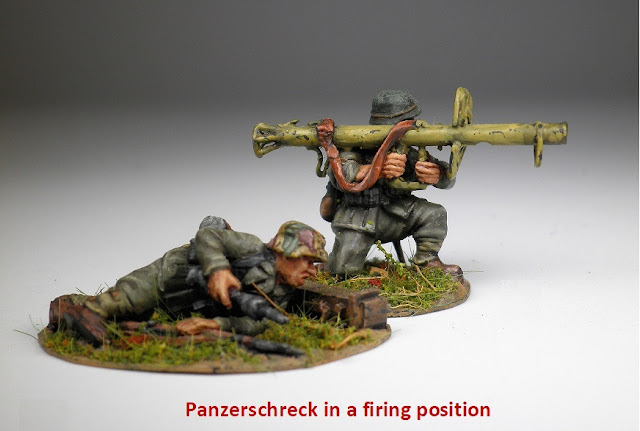 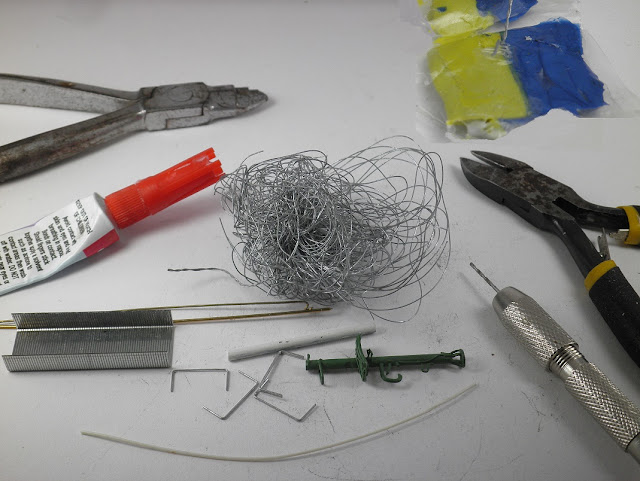 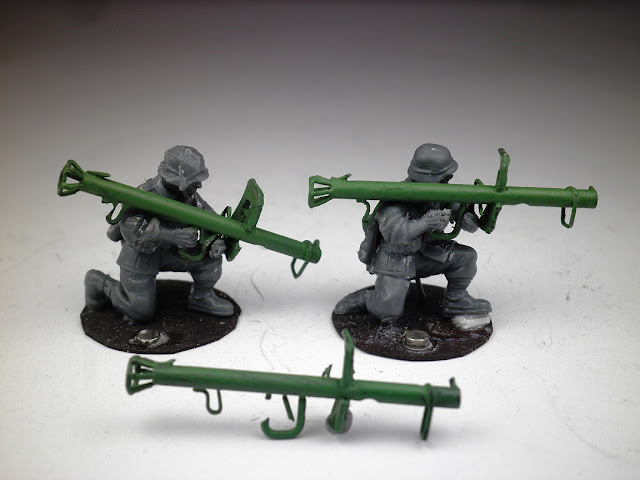 I first glued the German figures without the arms and a tiny magnet unto the  base.
Once the weapon was constructed I tacked it in place with blue tack and started trimming and adjusting the arms to take up position holding the weapon. 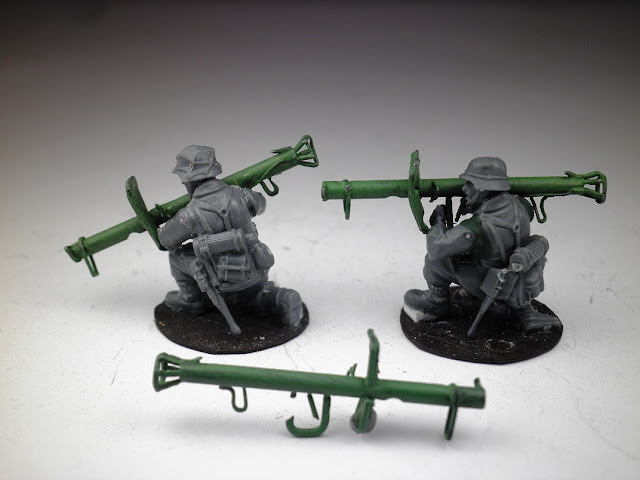 Once happy with the position of the arms and hands I glued them in place with Revell model glue and filled in any gaps with Green stuff putty. 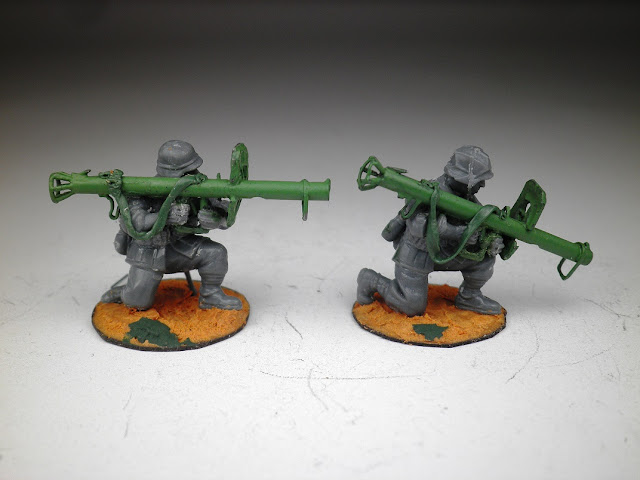 I added a strap and some minor detail on the weapon with more Green stuff putty.
I covered the base with Milliput Terracotta and sealed the top of the magnet on the base with a thin layer of green stuff . (I found that if I just covered the magnet with the milliput and painted over it the paint tended to discolor). 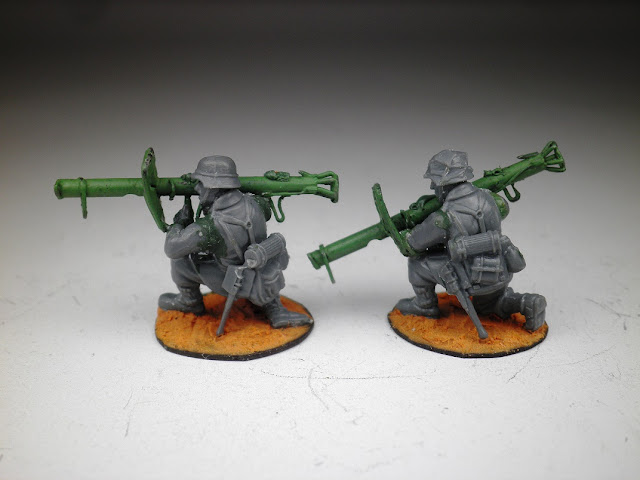 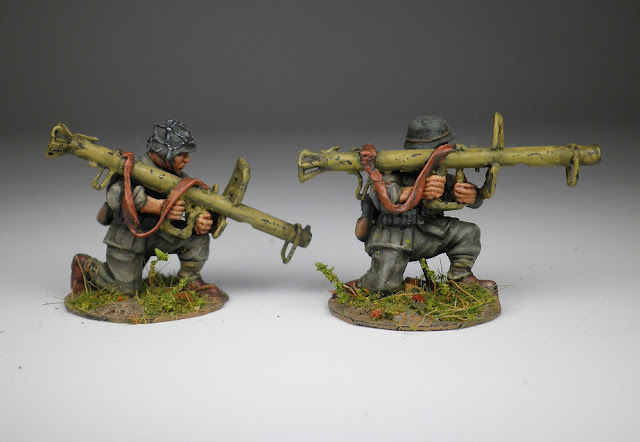 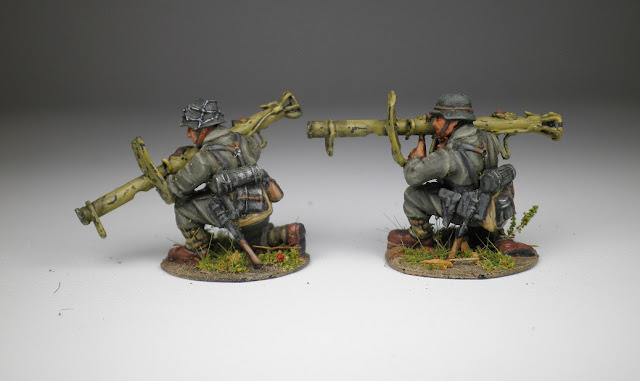 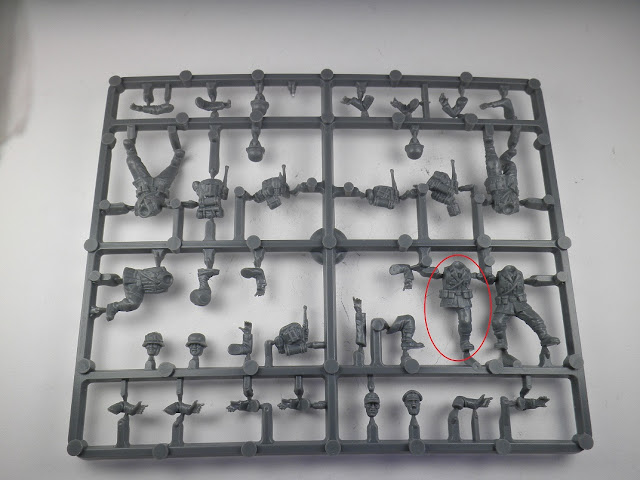 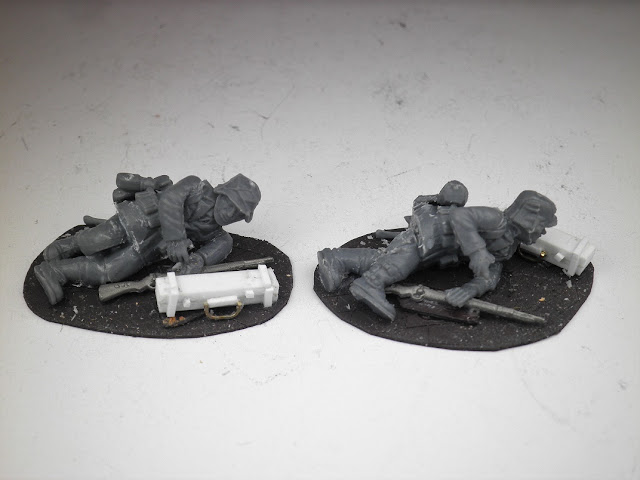 This image shows the attachment of the legs, arms head with blue track before each piece is glued in place with Revell model glue.
The ammo container is made from Evergreen plastic sheets with a brass handle made from a brass rod bent and glued in place. 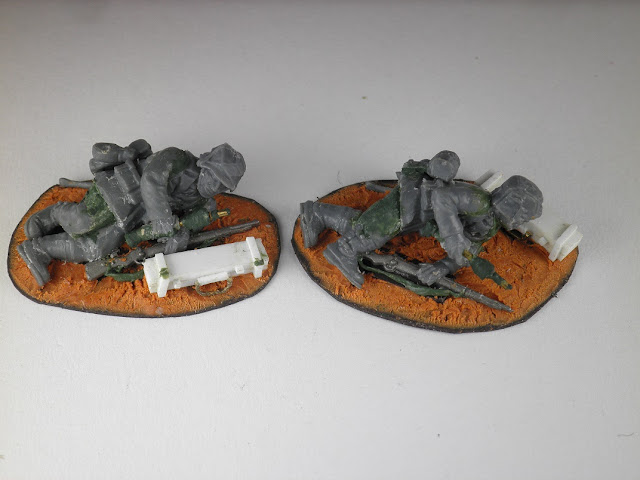 Green stuff putty was used to fill in any gap between the limbs and contoured with a Le cron instrument.  Rifle straps where added and the Panzerschreck 88mm bomb on the loaders hand was shaped over a brass rod with green stuff putty. 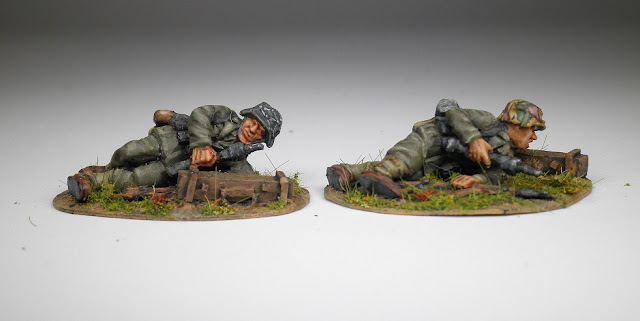 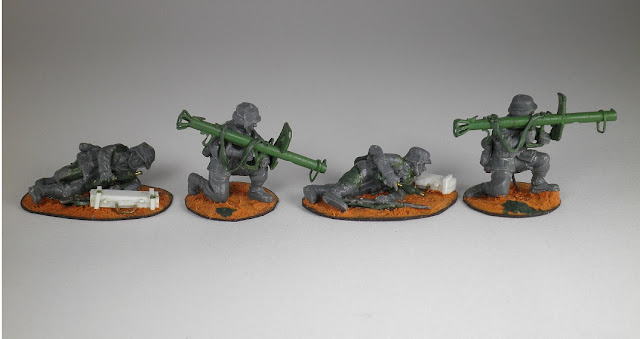 cheers John
Posted by JOHNBOND at 00:27