US MARINE JUMP OFF POINTS

Four Jump Off Points for my next  project, US Marines, mine you I have a number of projects on the go. I managed to pick up some great bargains last year  from Mighty Ape which included a couple of Warlord Games plastic US Marines boxes which I am currently putting together.

The base of the JOPs is made with a circular metal sheet, the oil drums are glued in place and a layer Milliput putty added on the surface. Once the Milliput sets, a variety of weapons and supplies were glued in place with superglue.

I then printed it with my black and white printer and used Vallejo paints to paint  in the red, white and blue portions of the flag.

I washed the flag with Agax Earthshade and went over the enhance the red, white and blue colours on the flag with the relevant colours.

I then cut out the flag, used super glue on the underside of the flag to glue it in place on the JOP simultaneously using a metal instrument to help adapt it around the oil drums before it sets.

The last step was to apply a thin layer of superglue on the top surface of the paper flag to seal it and provide a protective coating. 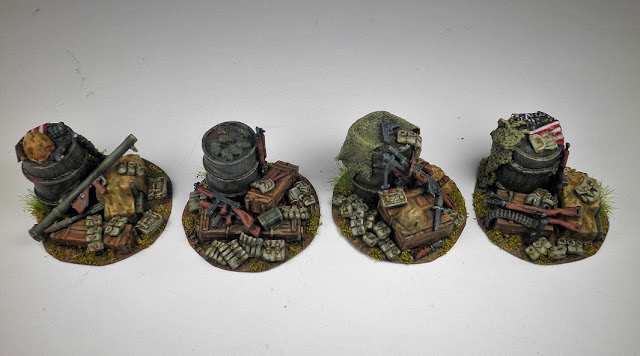 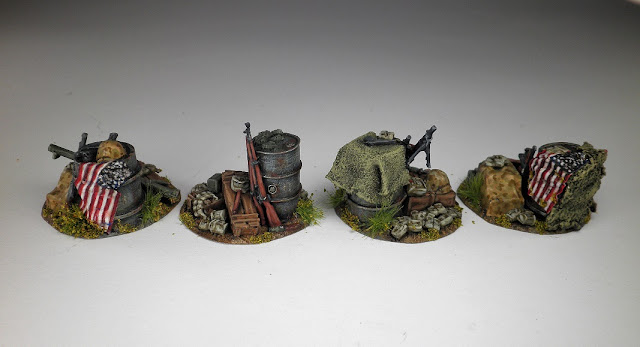 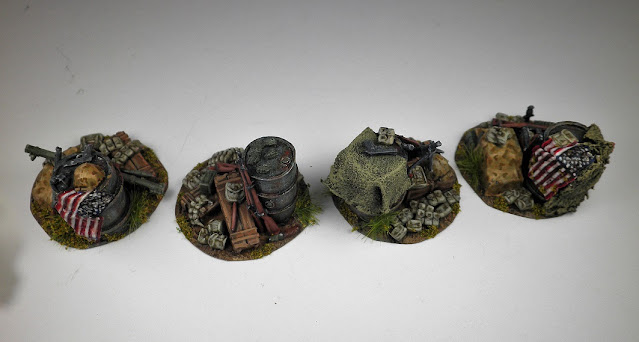 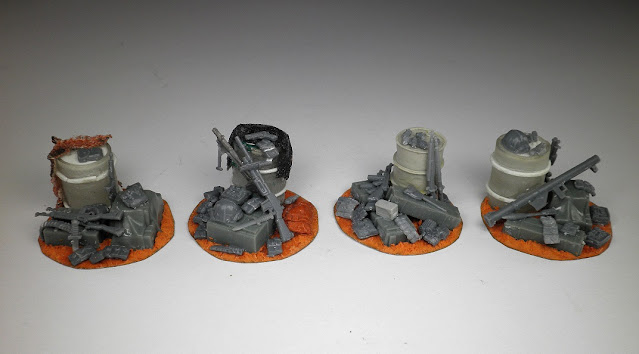 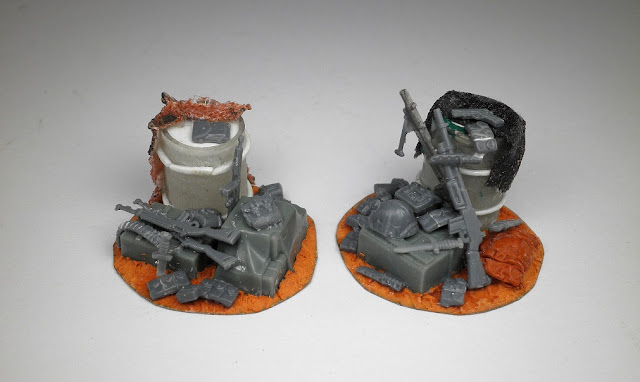 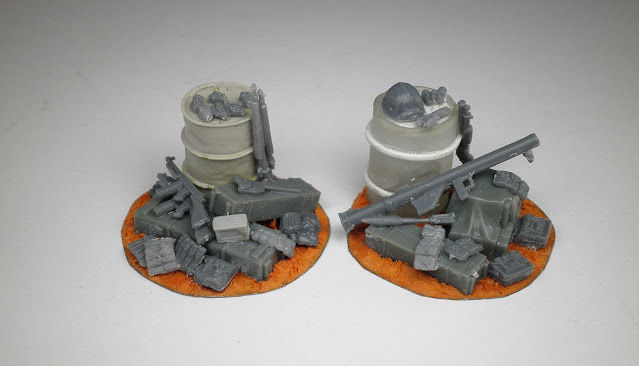 Cheers John
Posted by JOHNBOND at 00:54