Since I missed this years CANCON due to last minute  family crisis, I thought I would set up one of the tables that I had put together for the event and played thru the scenario with my gaming buddy Steve.
Its not a exhorting AAR but just a brief outline of the game.
The scenario is basically trying to portray scattered retreating British teams trying to gather around specific rallying points represented by the two JOPs in the woods and trying to hold and or exit off the bridge, while the Germans are trying to capture the bridge and cut off the British retreat. 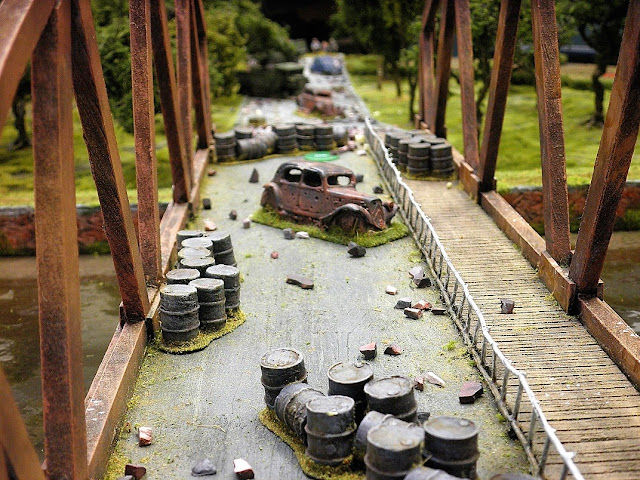 A entertaining and challenging game, I was a bit rusty with some of the rules as I had not played for a while and need to clarify some points to make for a smoother game next time.